You're an 19 year old kid. You're critically wounded, and dying in the jungle in the Ia Drang Valley , 11-14-1965, LZ X-ray, Vietnam . Your infantry unit is outnumbered 8 - 1, and the enemy fire is so intense, from 100 or 200 yards away, that your own Infantry Commander has ordered the MediVac helicopters to stop coming in.
You're lying there, listening to the enemy machine guns, and you know you're not getting out. Your family is 1/2 way around the world, 12,000 miles away, and you'll never see them again. As the world starts to fade in and out, you know this is the day.
Then, over the machine gun noise, you faintly hear that sound of a helicopter, and you look up to see an un-armed Huey, but it doesn't seem real, because no Medi-Vac markings are on it. Ed Freeman is coming for you. He's not Medi-Vac, so it's not his job, but he's flying his Huey down into the machine gun fire, after the Medi-Vacs were ordered not to come.
He's coming anyway.
And he drops it in, and sits there in the machine gun fire, as they load 2 or 3 of you on board. Then he flies you up and out through the gunfire, to the Doctors and Nurses. And, he kept coming back.... 13 more times..... And took about 30 of you and your buddies out, who would never have gotten out.
Medal of Honor Recipient , Ed Freeman , died last Wednesday at the age of 80, in Boise , ID ......May God rest his soul.....
I bet you didn't hear about this hero's passing, but we sure were told a whole bunch about some Hip-Hop Coward beating the crap out of his "girlfriend" 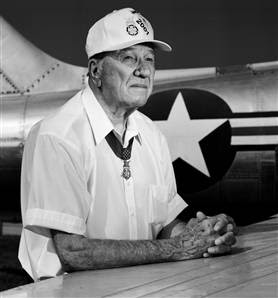 Medal of Honor Winner
Ed Freeman
A special thank you to Jeanne for sharing the story of this incredible hero!

mike..I could not agree with you more! Thanks for stopping by!

I'm glad I did and I took this one step further,I swiped this and posted to my site as well,along with giving you the credit for this one and added a little postcript of my own.

I have read about Ed “Too Tall” Freeman in the book “We Were Soldiers Once - And Young” by Hal Moore and Joseph Galloway twice. LZ X Ray and LZ Albany were two battles that took place over three or four days that shows how brutal war can be and the bravery and determination our young men showed during those days. I highly recommend reading this book. Some MOHs are bestowed upon officers who led the true heroes, but in this case Ed deserved everyone of his accolades. I am truly sorry to hear of his passing. I guess God was in need of a topnotch chopper driver to ferry Him around Heaven.

mike...I'm so glad you chose to share the story of this great man. I'll be by to visit your blog!

coffeypot...I will look for the book you mentioned, it sounds like a good read. Your words are always deeply appreciated!
God is good and most likely was in need of a good pilot for his chopper ;)

Airman Mom, you will also read in the book about two other heroes (among the many) from those battles. Jack Smith and Rick Rescorla. Jack was badly wounded and spent the night listening to his comrades being murdered in the elephant grass. He is the son of Howard K. Smith and, after going to college upon discharge, was a Washington correspondent for ABC’s Weekend News and other reporting jobs.

Rick, who was born in Cornwall, was in charge of security for Morgan Stanley Dean Witter and lead many of his employees to safety before returning to the towers on 9-11. His body was never found. Google him. Also go here: http://www.medaloffreedom.com/RickRescorla1.htm

The picture shows a fat man directing his people just before the South Tower fell. He had the weight gain from medication he was taking for Cancer. Sill the was thinking of those he was responsible for.

Not bad for a couple of grunts.

This man was a true hero. God Bless his soul and may he rest in peace.

I'm gonna link to ya.

What a tribute. Sounds like he was an amazing man!

amazing story, I'm going to check out the book coffeypot mentioned too.

God will bless this man for his bravery and heroism. He earned his wings!

what an awesome man! I'm going to have to check out that book coffeypot mentioned! Thanks! :D

This is a great post and the old sarge will follow the lead Mike Gloch and repost this myself, thanks

I remember watching his Medal of Honor ceremony - and President Bush choking back the tears as the citation was read... one of those moments when you KNOW what a great country this is with great people who serve her honorably.

Walk with God, Ed. We will ever be grateful for all you gave.

coffeypot..I love reading your words, I always learn so much. Thank you so very much!

mary...I thank you for taking the time to read of this fine man!

mightymom...I am so pleased you will share Ed Freeman's story!!!!!

sue, I could not agree with you more!

11whiskey...after reading “We Were Soldiers Once - And Young” I plan to write again of this amazing hero!

donna...we are so very blessed as a nation to know so many fine men, such as Mr. Freeman.

megan...It is available on amazon.com, I already placed my order! Once I finish reading it, I will pass it along!

sarge..it is so important to keep this man's story alive.

flag..I have no doubt it was a vision you will not forget any time soon!

PS - everyone should read the book coffypot listed "We Were Soldiers Once - and Young" - the movie isn't bad either!

flag...thank you! I have my copy on its way to me.

That's a terrific story (except the passing part, obviously.) They don't make men like that every day...

mrs...I thank you for taking the time to read of this great mind. We must never forget our heroes!

It is a great tribute to a great American hero, but the end is incorrect.

I would also completely agree that this story did not get enough publicity at the time, but things are not as they are portrayed in this post. Major Freeman passed away August 20, 2008, not when Chris Brown beat Rihanna on February 8, 2009. This email has been circulating in one form or another for a while. I got one back in October that alleged that Paul Newman's death had kept this story from getting noticed. Paul Newman died September 26, 2008.

Let's be honest - if nothing else happened on August 20, 2008 except Major Freeman's passing, it still would not have made the front page of the New York Times.

It's a great story all on it's own without the snark at the end.

I realized the hoax in the first (Paul Newman) email because I did note on my blog the MOH award recipients passing when it happened. I read it in the Army Times, I saw it on Fox and it was on Google News. Many other bloggers noted it as well.

I am mystified as to why some people will bother to put together such a great tribute (which the first 90% of the email is) and then toss in something completely misleading at the end. Then they forward to it people like you who, of course, trust the person sending it to you.

I think it’s been overlooked but the real tragedy in this story is how some people have the gall to prostitute the fine story of Mr. Freeman’s heroism and his passing away to attack the “liberal media”. If you look, Mr. Freeman passed away on August 2008.

Should the media be held in a spotlight? Sure. But shame on anyone who would prostitute Mr. Freeman because they have an issue with the media. Do your part. Stop passing those emails without checking the facts.

I love it ! Very creative ! That's actually really cool Thanks. 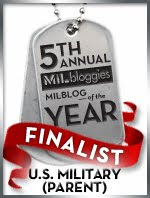 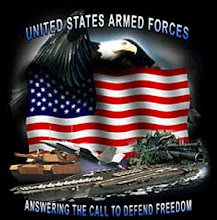 Listen to this playlist: AirmanMom

Walk This Journey With Me 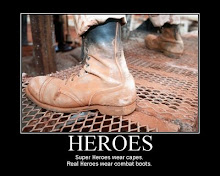 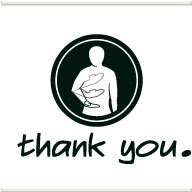 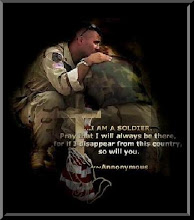 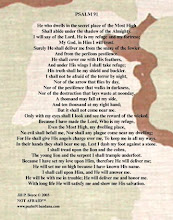 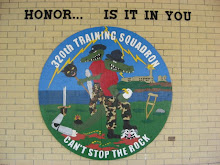 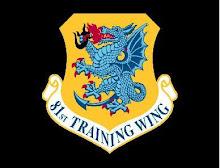 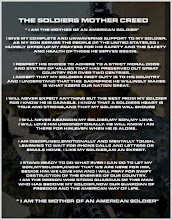